Over 2.2 Million Square Feet of Office Sublet Space Has Been Listed on the Market 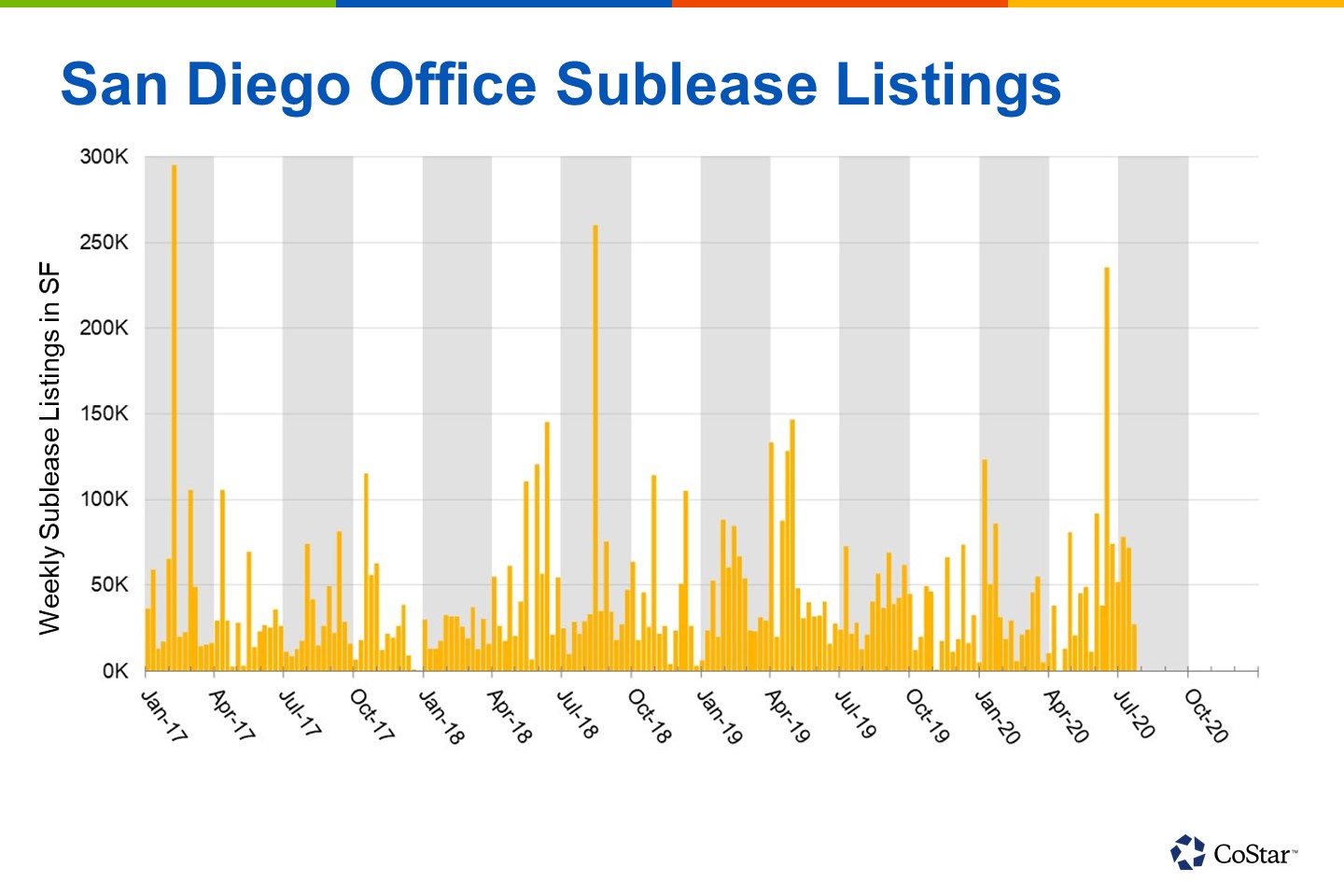 San Diego’s economy has experienced several hiccups since it started reopening in May, and many of the region’s office workers remain firmly planted in front of home computers. Area businesses continue to evaluate social distancing protocols within their space. This has led to firms reassessing their office space requirements in an era when fully functioning office environments remain a thing of the past.

And it’s amid that environment that San Diego has been bracing for a wave of office sublet space to hit the market as business revenues shift and economic uncertainty reigns. Many tenants will be forced to shutter or downsize given the instability.

For comparison, the current level of available sublet space is similar to what the region saw during the height of the Great Recession, when 2.3 million square feet was regularly available between 2008 and 2009.

Those spaces came to market amid a pandemic and county-wide vacancy rate north of 10%. This translates to a four-year high in vacancy, along with an availability rate above 14%, a five-year high.