You are here: Home / Blog / Operators Expect an Increase in Hotel Receiverships

Borrowers Running Out of Time Without Improved Revenue 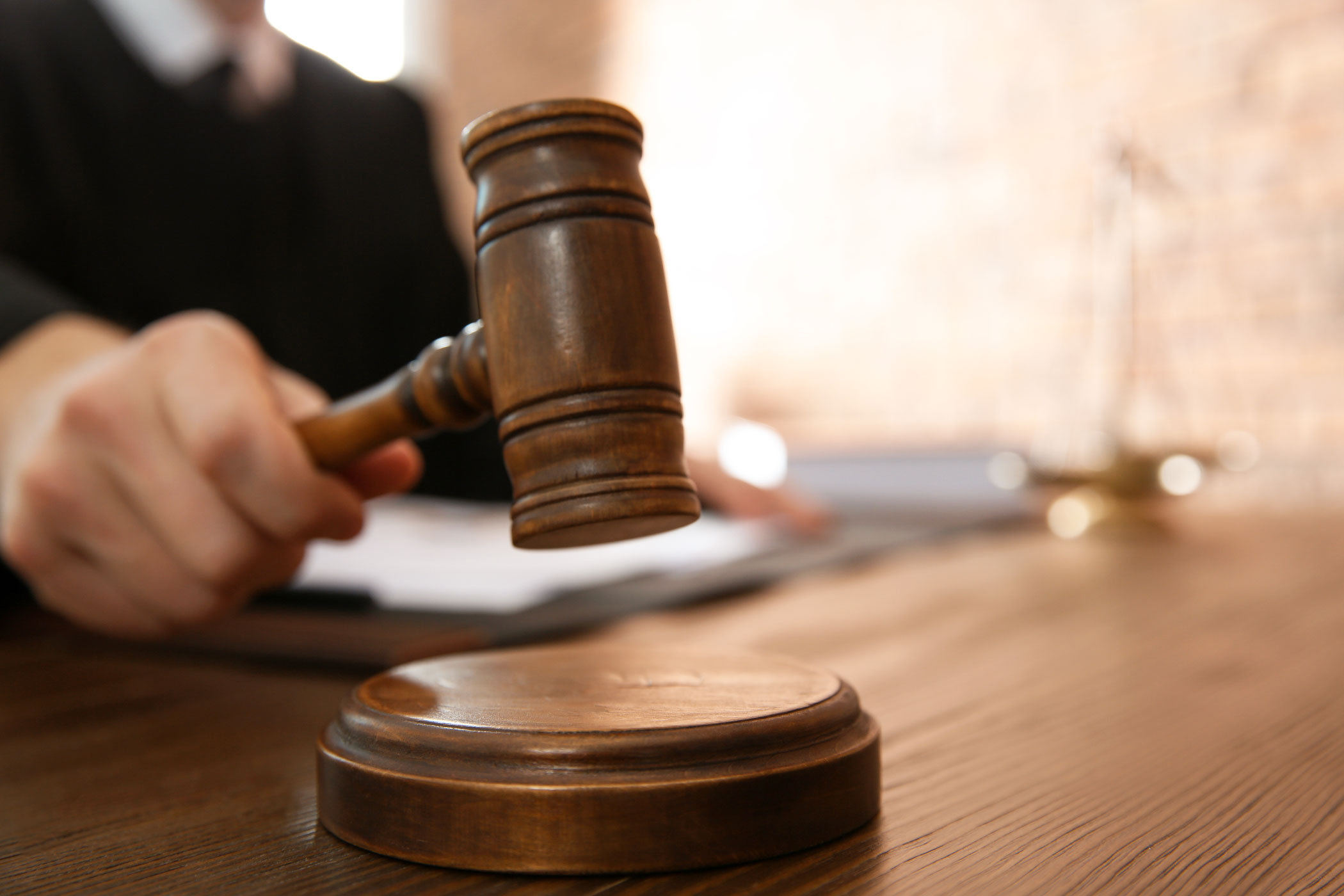 Hotel lenders are turning to operators that help manage properties once they enter receivership. (Shutterstock)

When the coronavirus pandemic began, many in the industry believed they would see a wave of hotel owners turning their properties over to their lenders, but that didn’t happen, at least not at the scale they expected.

Now that the pandemic has stretched for a year in the U.S., owners continue to struggle with reduced revenue streams.

For some, that also means running out of time with their lenders, who are turning to operators that help manage these properties once they enter receivership.

The Wave That Wasn’t

There was “a tremendous” amount of money on the sidelines waiting for a wave of hotel defaults, but it didn’t happen, said Peter Berk, president of PMZ Realty Capital, a New York-based real estate investment banking firm. That money is still out there, and investors continue to call about potential deals.

“There’s a lot of stuff in special servicing,” he said. “Maybe one day it will be a default, but the day isn’t today.”

Lenders don’t want to take a property back, as that’s a failure on their part as a servicer or a bank, and that’s the last thing they want, Berk said. Lenders learned during the Great Recession they don’t want to take control of hotels. They know things are going to get worse over the next several winter months, but they expect conditions will improve over the summer as vaccinations continue to roll out.

For the most part, special servicers for commercial mortgage-backed securities loans are working with borrowers to avoid having to take back their keys, Berk said. The lack of defaults has been frustrating for the firms that raised hundreds of millions if not billions of private equity for buying hotels 50 cents on the dollar.

The government stimulus funding delayed lenders taking action, because borrowers benefited from the increased cash flow, helping them pay back some debt, or the funding gave lenders a different outlook on where the industry was headed, said Nala Holmes, vice president of acquisitions and business development at Boston-based Pyramid Hotel Group. The expectation at the time was the pandemic would turn around over the summer, but that didn’t happen.

The lenders and special servicers understand that in this downturn, it’s not really the borrowers’ fault, said John Hamilton, executive vice president of business development at Pyramid. Where they can negotiate and work out solutions, they’re more inclined to do so. These discussions can be long, and that has extended the timeline.

When the pandemic started, it became clear there would be a number of lenders and special servicers having properties come back to them.  They would need experienced management companies to help, said Mary Beth Cutshall, executive vice president and chief development officer at Hospitality Ventures Management Group. The Atlanta-based company has been building relationships with those groups for the last several months now.

HVMG has several term sheets for various special servicers that are in conversations with their borrowers, she said. December was a critical period for many hoteliers waiting for the second government relief package. That said, there’s not much more delay that lenders can allow.

“When I have conversations with those groups, they are anticipating to take the property, so we’re there for them,” she said.

Pyramid began preparing to assume management of hotels in receivership in March and April of 2020, Holmes said. However, there wasn’t much action until the fourth quarter.

Even so, the company contacted lenders and developed strategies to provide services when needed, Hamilton said. That preparation has paid off, as the company saw more activity during the fourth quarter of 2020.

For 20-plus years, Prism Hotels & Resorts has been actively involved in the lender and special servicer distressed asset space, said Kevin Gallagher, senior vice president of business development. Along with working with lenders during difficult times, the Dallas-based company has maintained its relationships with them for the last 10 years when the industry thrived.

“We spend a fair amount of time, especially lately, in the distressed hotel space,” he said. “I talk to lenders and special servicers every day.”

There will likely be more hotels entering receivership in the first and second quarters of this year, Cutshall said. Many groups have held on as long as they could, and the lenders have done what they could, but they are getting to a point where they can’t delay it much longer. The recovery is now expected to take longer than previously expected.

“I just don’t think that, especially when it comes to CMBS, they’re going to be able to allow a lot of properties to struggle as we are right now,” she said. “Something’s going to change.”

As of mid-December, HVMG had taken over management of two foreclosed InterContinental Hotels Group-franchised hotels in Killeen, Texas.

The pandemic hit everyone, so there was no rush to foreclose or take control of assets, but at some point, lenders can’t keep funding shortfalls through interest deferrals or capital expenditures escrow, HVMG President and CEO Robert Cole said. Lenders are going to expect to see something come to the borrowers, and there will be borrowers who won’t want to do anything because their asset was troubled before COVID-19 or can’t do anything because they don’t have the capital to do it.

“What are their appetites to hang on for another three, four or five years until values have recovered to 2019 levels?” he said. “We do anticipate a lot more transactions occurring as we get into probably late first quarter and second quarter of 2021 versus what’s been going on over the last three or four months.”

Pyramid took on four to six assets over the last several weeks of the year, Holmes said. It has also been appointed as many as 10 to 12 assets, but hasn’t taken over operations of those yet.

“We expect a lot more to happen this quarter,” she said.

The second round of the U.S. government’s Paycheck Protection Program may delay receiverships further, meaning things might not materialize as expected again, Holmes said. Much of this will depend on how travel picks up as the vaccine continues to roll out.

Over the last 10 months, Prism has picked up several hotels, ranging from small to large select- and full-service properties and portfolios, Gallagher said. It’s a myth in the industry that distressed properties that enter receivership are only de-flagged hotels and motels on the side of the road. They can be, and often are, overlevered nationally branded properties in major markets.

Instead of a wave, he thinks it will be a constant churning of properties that just can’t get above water.

“They’re going to be staring down the barrel of increased operating expenses and no real certainty on when revenues are going to recover,” he said.

Some owners will even resort to covering expenses using the family checkbook.  There’s a finite number of times an owner is willing to do that, he said.

Taking over operations of a property in receivership requires a relationship with lenders as well as knowledge and skills not present in every management company.

Pyramid made a conscious decision to dedicate resources to working with lenders and special servicers during the last downturn, Hamilton said. The company still has the same senior people now that were involved in the recession, helping them maintain the relationships they built with the lending community.

There are all kinds of laws surrounding receivership that vary by state, he said. They deal with the human resources elements, financing and banking. Aside from the laws, there’s also a matter of dealing with sometimes uncooperative borrowers or franchisers that have already delayed a property improvement plan as much as they could. How a company handling these complications for the first time is different from how one with experience does, he said.

“The learning curve is behind us,” he said. “There’s not much we’re seeing or dealing with that we have not seen or dealt with in the past.

It takes a great deal of sophistication for an operator to step in in these situations, Cutshall said. In this pandemic, everyone has been affected, regardless of how well they were performing before the virus spread, and everyone in the competitive set is looking to grow their business back. These management companies aren’t coming in to fix just one facet of the property’s operations.

“We’re there to bring everything we’ve got,  not to be a babysitter.” she said. “We’re there to execute a strategic plan and really bring some sophistication and upgrade the property as well as really drive market share and getting those properties to ramp up as quickly as possible.”