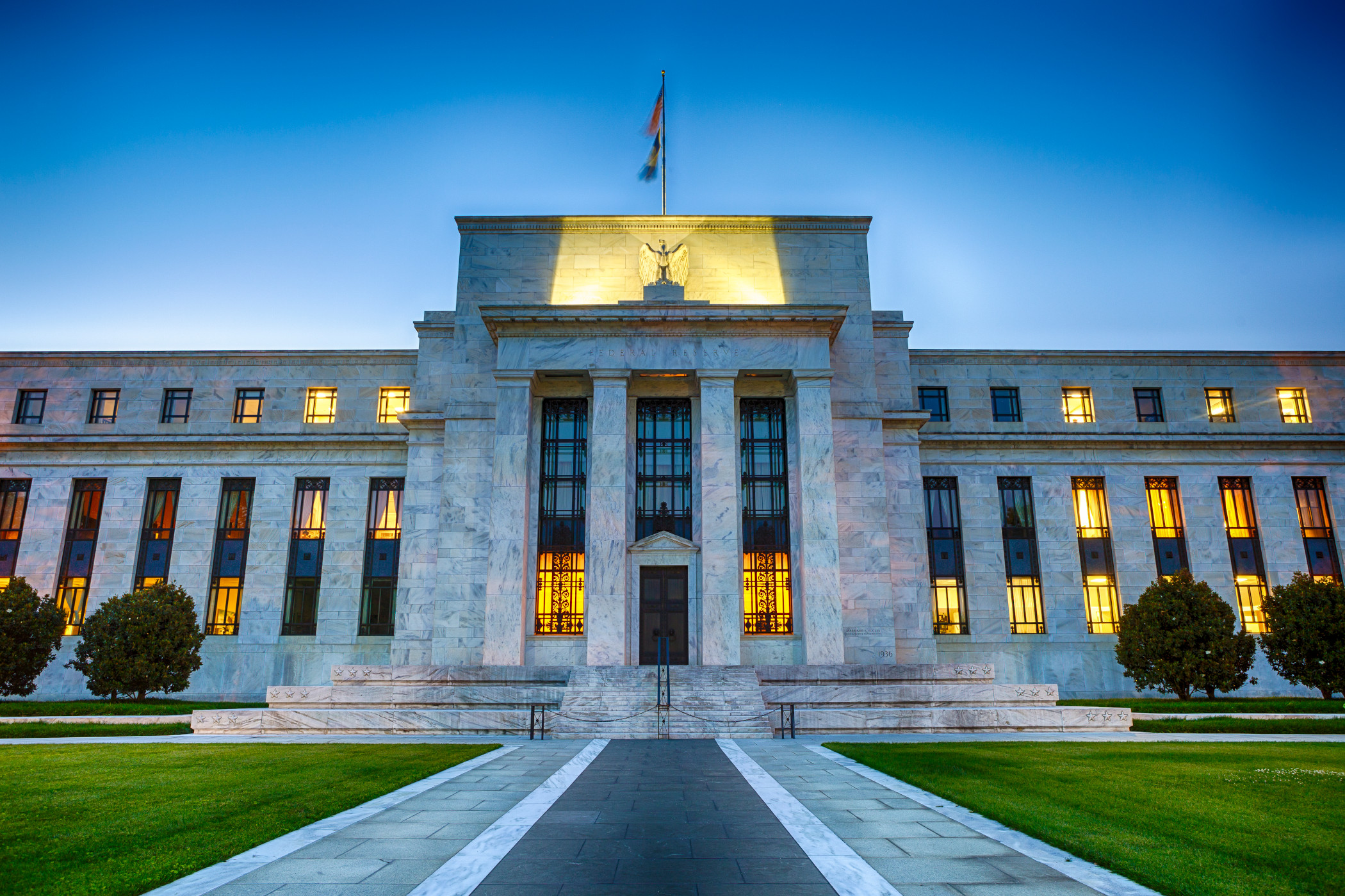 By Mark Heschmeyer (Via: CoStar News)

The nation’s largest banks are facing a possible $47.6 billion loan loss on commercial real estate. This loss is expected over the next two years in the worst-case scenario for economic fallout from the coronavirus, according to the latest stress test results from the Federal Reserve Board.

The results are not designed to be forecasts. They are a measure of the money banks need to have on hand to survive the pandemic. Banks could take a hit on loans beyond commercial real estate. In total, the loss scenarios ranged from $560 billion to $700 billion — about 47% to 57% of banks’ retained earnings and capital.

Among those measures, the Fed is forcing institutions to reevaluate their longer-term capital plans. All large banks will be required to resubmit and update their capital plans later this year to reflect current stresses. This is the first time in 10 years the Fed has requested a review of capital plans.

The Fed capped dividend payments to the amount paid in the second quarter or the amount based on recent earnings. As a result, a bank cannot increase its dividend and can pay dividends only if it has earned sufficient income.

Lastly, for the third quarter, the Fed is requiring large banks to preserve capital by suspending share repurchases. In recent years, repurchases have represented about 70% of shareholder payouts from large banks.

In contrast to the financial crisis, the nation’s largest banks entered the pandemic with high levels of capital and liquidity. Banks have approximately $1.2 trillion in common equity and $3.3 trillion in high-quality liquid assets, Quarles noted.

The Fed has to make a last-minute adjustment to its scenarios to take into account the possible impact of COVID-19. In preparing for the test in February, before the coronavirus forced stay-at-home orders and broad business closures, the Fed’s 2020 severely adverse scenario featured a severe global recession, a rise in the U.S. unemployment rate to 10%, a 50% decline in broad equity prices and heightened stresses in corporate debt markets and residential and commercial real estate.

By the time the Fed issued its stress test, that scenario no longer seemed so severe.

“By mid-March, it became clear that the COVID event was disrupting U.S. economic activity and that even more extreme downside outcomes than the 2020 severely adverse scenario were plausible, especially for near-term unemployment and gross domestic product,” the Fed said in releasing the results.

The alternative downside scenarios continued to reflect a similar level of severity for factors like stocks, bonds and interest rates. However, the Fed ratcheted up the stress on commercial and residential real estate prices, which were shown to experience overall declines of about 35% and 28%, respectively, by the end of this year under the worst case.

The additional stress captures the unparalleled decline in demand for certain industries.  This has led to significant increases in commercial real estate vacancy rates, the Fed noted.

“The COVID-19 pandemic has provided an unprecedented, real-time stress test,” Ron O’Hanley, chairman and chief executive of State Street, said in a statement discussing the results of the stress test.

Wells Fargo would see $10 billion of the projected loss — the highest of the 33 banking groups. It has the largest commercial real estate loan portfolio among banks at $128 billion at the end of Q1.

“There remains great uncertainty in the path of the economic recovery and though it’s difficult to accurately predict the ultimate impact on our credit portfolio, our economic assumptions have changed significantly since last quarter,” Wells Fargo CEO Charlie Scharf said in a statement. “Accordingly, we expect second quarter results will include an increase in the allowance for credit losses substantially higher than the increase in the first quarter.”

JPMorgan Chase, the second-largest commercial real estate portfolio with $124 billion in loans, would experience a $3.8 billion loss, according to the Fed.

Bank of America, the bank with the third-largest commercial real estate portfolio, would experience a $4.9 billion loss.