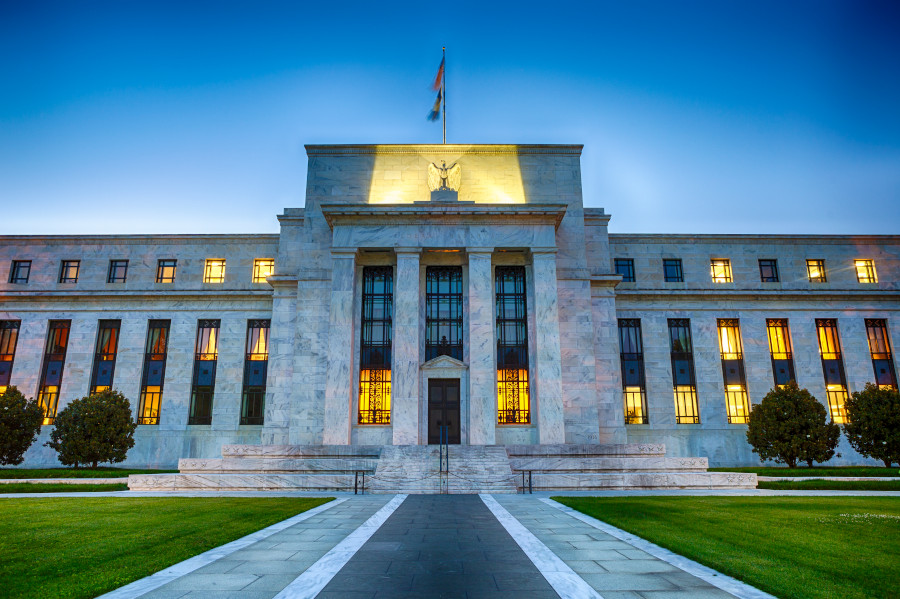 A Federal Reserve survey of bankers said debt distress may not show up until the third quarter. (iStock)

As the coronavirus pandemic and mitigation efforts rolled out across the country in March, many lenders let borrowers postpone billions of dollars in loan payments, often at the behest of regulators and lawmakers who ordered moratoriums on evictions and foreclosures. Now, as July approaches, some of that relief is set to expire, injecting new uncertainty in the capital markets.

Government measures to support credit availability have somewhat masked the full impact of the pandemic on capital markets. The true magnitude of impaired loans might not be known for several quarters, according to bond rating agency Fitch Ratings.

There are guesses about what happens later this summer, but there is no certainty. The mounting number of distressed loans could likely go even higher. Borrower repayment amounts could increase even though the economy is a long way from recovery. And lenders could just put off any outcomes by extending the forbearance for up to another three months.

“We are working on it. With no historical precedent on forbearance in multifamily, it is very difficult to have definitive views [about what happens],” a Freddie Mac official told CoStar.

Freddie Mac, one of the two government-controlled mortgage finance companies, had granted 90-day multifamily forbearance requests on more than $6 billion in loans through June. Under those agreements, the borrower must resume scheduled payments as soon as the forbearance period ends. The borrower must pay the entire forborne amount over a 12-month period. If the borrower fails to make the monthly payments, the loan will be turned over to a servicer for resolution.

Fannie Mae has similar repayment agreements for its $3.2 billion in multifamily loans in forbearance.

In the commercial mortgage-backed securities market, it’s unclear how many borrowers have been affected by the pandemic or what amount of loans are in forbearance. Servicers are not required to report loans in temporary forbearance because those loans are still technically considered current.

The standard risk language that’s been introduced regarding forbearance in the latest CMBS deals say this:

“It is expected that many borrowers will be (or continue to be) adversely affected by the cumulative effects of COVID-19 and the measures implemented by governments to combat the pandemic. As a result, borrowers may be unable to meet their payment obligations under the mortgage loans. This may result in significant losses, including shortfalls in distributions of interest and/or principal to the holders of the certificates.

“In response, the master servicer and the special servicer may implement a range of actions with respect to affected borrowers and the related mortgage loans to forbear or extend or otherwise modify the loan terms.”

Summaries of the details of some CMBS loan forbearance agreements have been disclosed by bond rating agencies.

In one of those deals involving three hotel properties, the agreement provides for a moratorium on debt service payments through July and a waiver of making deposits into a reserve fund. The agreement can be extended for up to two 30-day periods at the lender’s sole discretion.

Eventually though, the forbearance period will end, and it will cost the borrower more. The borrower must make payments equal to the three months of debt service, a lender consent fee, special servicing fees while the loan is in special servicing and interest on any property protection advance and debt service payment advances. The amount due must be paid in regular installments over 12 months.

In the Federal Reserve’s latest monthly survey of regional economic conditions, known as the Beige Book, bankers noted that existing aid, loan extensions and forbearance should carry most borrowers for three to six months, but problems could start showing up in the third quarter. Hospitality and healthcare were among the sectors of greatest concern.

The asset quality for U.S. banks is expected to deteriorate significantly as a result of the pandemic. It could take many months for the true impact to show on bank financial statements, according to Fitch.

“The sheer scale of coronavirus relief measures poses reputational risks for banks if implementation is poor,” Michael Shepherd, a director at Fitch, said in a statement. “Disaster relief and forbearance programs are not a new phenomenon, but the breadth and scale/volume of coronavirus-related loan modifications create operational challenges for banks and could result in customers being negatively affected, tarnishing bank reputations.”

Forbearance programs could artificially inflate bank earnings in the coming quarters because banks can generally continue to accrue interest on loans subject to forbearance if the borrower was current on their obligations when forbearance was granted.

If the borrower is unable to repay when the forbearance period ends, banks could see increases in impaired loans. Moreover, banks could incur a loss that was not reported in earlier quarters.

Fitch expects recognition of impaired loans to be delayed for several quarters, depending on the duration of forbearance programs.