CoStar Insight: Uncertainty Is Looming in the Capital Markets After Residents Stay at Home 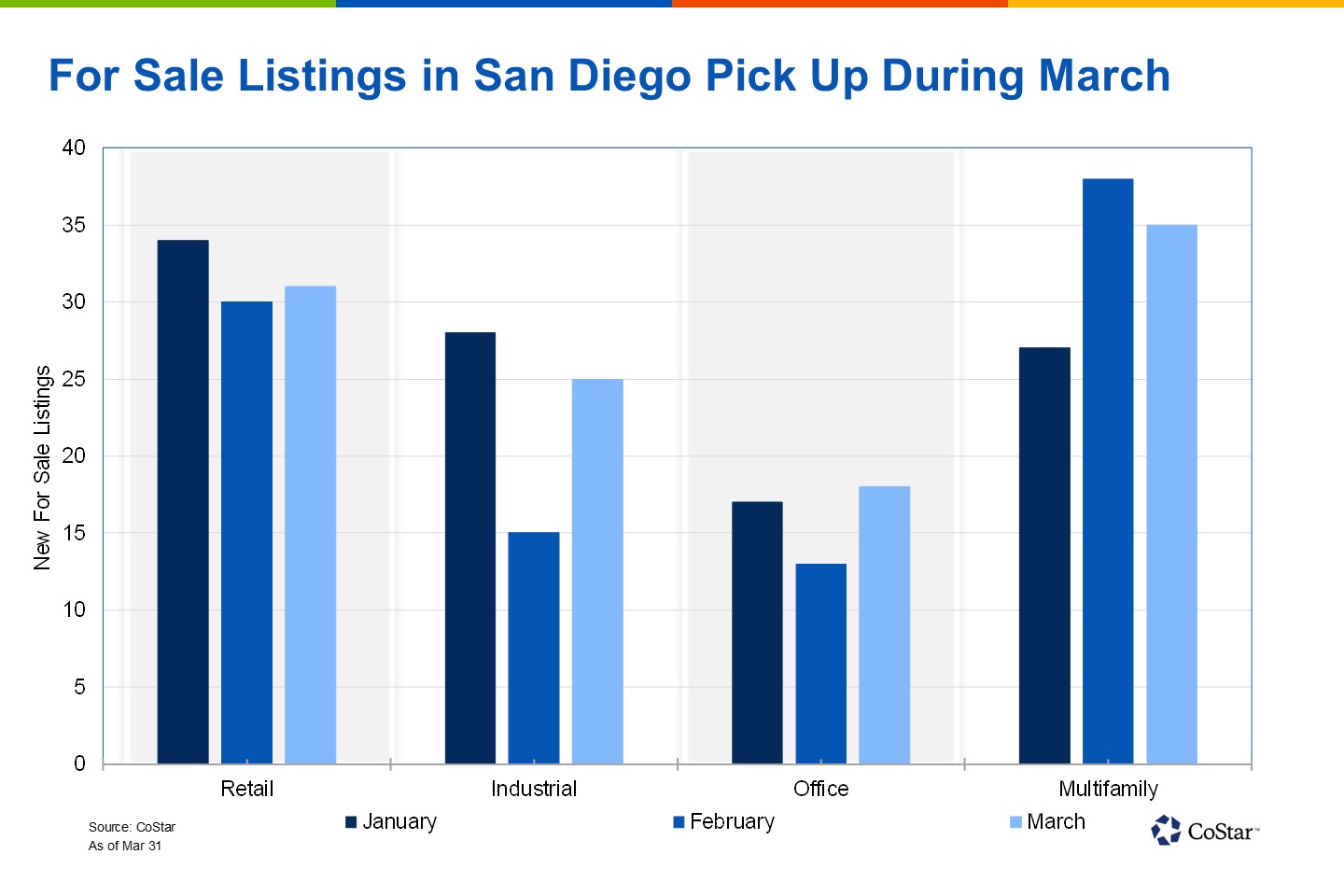 On March 19, California’s Governor, Gavin Newsom, issued an indefinite stay at home order, an attempt to slow the

The pandemic is widely expected to slow demand across all property types in San Diego, perhaps retail, more than others. Only about one-third of America’s workers are employed in positions that are able to be performed from home according to the Bureau of Labor Statistics, excluding the self-employed. That exposes a significant amount of the region’s workers, and their physical business space, to consequences from the order.

And as leasing slows in the space markets with rents falling across the board, deal volume in the capital markets is likely to come to a screeching halt for the next few months, as capital sources disappear and buyers and sellers avoid physical contact.

But so far, the number of properties offered for sale in San Diego in March, when the spread of the coronavirus moved from the hypothetical to reality, actually increased compared to February, according to CoStar.

Only apartment listings declined month-over-month, falling from 38 new listings in February to 35 in March. All others increased, with the largest percentage increase since February in the industrial sector, which recorded a 66% increase in for sale listings.

As April unfolds, we may find sellers pull back their for-sale listing in the hope of targeting the market on the way up, instead of on its way down. There are already examples of that happening across San Diego.

Unemployment is expected to continue rising into the second quarter and perhaps beyond. Oxford Economics forecasts nearly 70,000 lost jobs during the second quarter in San Diego in its severe downside scenario. In that scenario, businesses will struggle to pay rent and may begin going out of business in the near term.

If and when that happens, even if the number of active for-sale listings continues creeping up, there’s likely to be few buyers, and less debt available to finance those deals.
Most of the transactions that recorded in the second half of March were already under contract with financing lined up. The true barometer will likely begin playing out by the end of April.