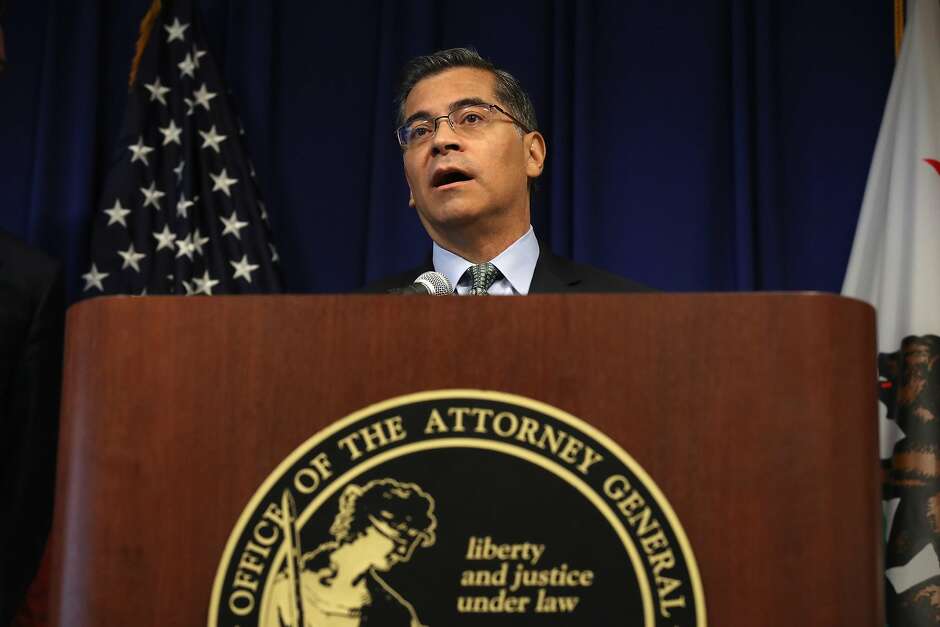 A new effort to revise California’s landmark Proposition 13 would boost taxes on large corporations and businesses, but opponents are complaining that’s almost an afterthought in the state attorney general’s new title and summary of the proposed initiative.

The official statement, released by Attorney General Xavier Becerra, will headline the petitions expected to hit the streets Monday. Backers of a plan to split the tax rolls, changing Prop. 13 for commercial property while leaving it intact for homeowners, need to collect almost 1 million signatures to qualify it for the November 2020 election.

“We’re truly disappointed in the attorney general,” said Rob Lapsley, president of the California Business Roundtable, which opposes the initiative. “It’s a written title and summary that gives an advantage to the employee and educational unions” supporting the changes.

Schools & Communities First, the group behind the initiative, already has qualified a split roll measure for the 2020 ballot. But backers are seeking to qualify a revised initiative to replace it, which meant the attorney general needed to write a new title and summary.

The summary for the original initiative, which Becerra released in February 2018, said that it “requires certain commercial and industrial real property to be taxed based on fair-market value. Dedicates portion of any increased revenue to education and local service.”

The new summary emphasizes the benefits over the taxes.

It’s a change that could make a difference to voters concerned about new taxes, Lapsley said. He argued that a new title wasn’t even necessary.

“There are only minor modifications,” Lapsley said, with revisions to the technical details of the effective dates, language changes to ensure every school district shares in the estimated $12 billion windfall from the tax changes, and provisions to ensure that more small businesses aren’t hit by the new taxes.

Proponents of the initiative are delighted with the new summary.

“We are very happy to have a title and summary that accurately reflects the intent of this critical initiative,” said Tyler Law, spokesman for Schools & Communities First.

For opponents, the change is another sign of effort by Democratic attorneys general past and present to favor their party’s goals and supporters.

“This just shows why the attorney general shouldn’t be involved with writing the titles and summaries of initiatives,” Lapsley said. “It should be done by a nonpartisan panel.”

In 2017, Republicans looking to qualify a referendum to overturn the state’s 12-cent gas tax increase complained that Becerra’s ballot summary for the measure didn’t even mention the repeal. Becerra states instead that Proposition 6 “eliminates certain road repair and transportation funding and Requires certain fuel taxes and vehicle fees to be approved by the electorate.”

Referendum supporters took their complaint to court, where they lost. The measure went on the November 2018 ballot, where it was badly beaten.

In 2015, she said a proposed public pension measure would eliminate “constitutional protections for vested pension and retiree benefits for current public employees,” something the backers, including then-San Jose Mayor Chuck Reed, said was barred by law.

Faced with a summary they said echoed the talking points of the public employee unions that opposed the initiative, Reed and his supporters dropped their plan to put the pension changes on the ballot.

The revised property tax initiative would be the first major change to Prop. 13 since it passed in 1978. It would split the property tax roll, keeping tax limits for residential, small business and agricultural property, but eliminating those limits for most high-dollar commercial, industrial buildings and land.

That high-end commercial property would be reassessed regularly, not only when it’s sold, as is now the case. The billions in taxes on the increasing value of that property would go to schools and local government.

Lapsley said no decision has been made about whether to challenge Becerra’s summary in court.