You are here: Home / Blog / Rent Collections Soften in US, Concerns Grow for Apartment Owners 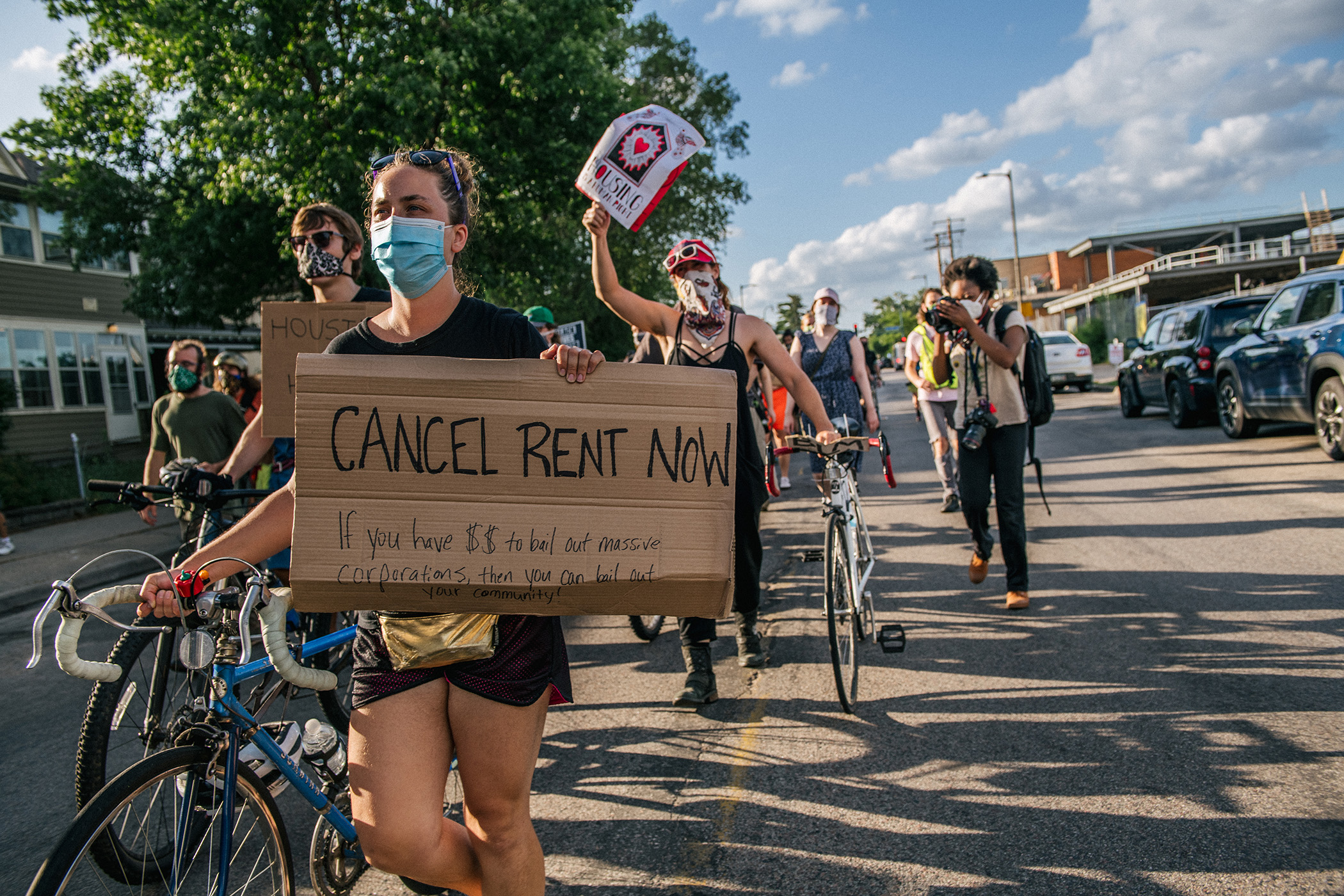 Demonstrators march in the street during the Cancel Rent and Mortgages rally on June 30 in Minneapolis. (Getty Images)

Apartment landlords, as well as their tenants, are now feeling the heat as the coronavirus pandemic drags on.

Industry executives say worries for landlords are mounting. Demand for higher-end rentals is falling with a half-million new units set to hit the market. Rent collection is down at Class B and C properties just as federal unemployment benefits are set to expire at month’s end.

Payments have been halted on many Fannie Mae and Freddie Mac loans to landlords — a wait-and-see limbo often followed by default. The concerns were laid out in a webinar Wednesday hosted by the National Multifamily Housing Council.

“Those are harbingers,” said Jeff Adler, chief operating officer of Yardi, one the five big rent-collection software companies that contribute to NMHC’s rent-tracker survey. “There is a recession going on. There has been job losses and demand destruction.”

Declining rent collections and falling revenue because of waived fees and concessions are putting owners on edge. The suspension of late payment and credit card fees has become standard while new tenants are offered free rent.

NMHC reported Wednesday that 77.4% of renters made a full or a partial payment for this month’s rent through Monday. That’s down from collections of 80.8% in June, and down from the 79.7% rate in July of last year.

Margette Hepfner is the chief operating officer of Dallas-based Lincoln Property Company, which owns or manages about 200,000 apartments in the country, second only to Greystar. On the webinar, she expressed concern that big markets such as Southern California and Las Vegas trailed the average national rent collection rate.

“New York City was an early lagger,” said Greg Willett, chief economist of RealPage, another company that works with NMHC. Collection rates were better in June than May, before new problems. “New York in July had the lowest payment rate in the country,” he said.

NMHC tracks rent collection at about 11 million occupied apartments nationwide. The industry advocacy group doesn’t break down how many residents made only partial payments — but most big operators say it’s a small percentage.

Most of the landlords reporting their rent-collection data to NMHC are relatively large. These are professionally managed properties big enough to hire a company such as Entrata or ResMan to handle rent collections.

Smaller landlords seem to be suffering more, said Adler. Another wild card weighing on the apartment sector is the soon-expiring moratorium on evictions. Renters who have fallen behind in payments could soon be kicked out, but that would also mean a rise in vacancy, which could affect owners’ agreements with their lenders.