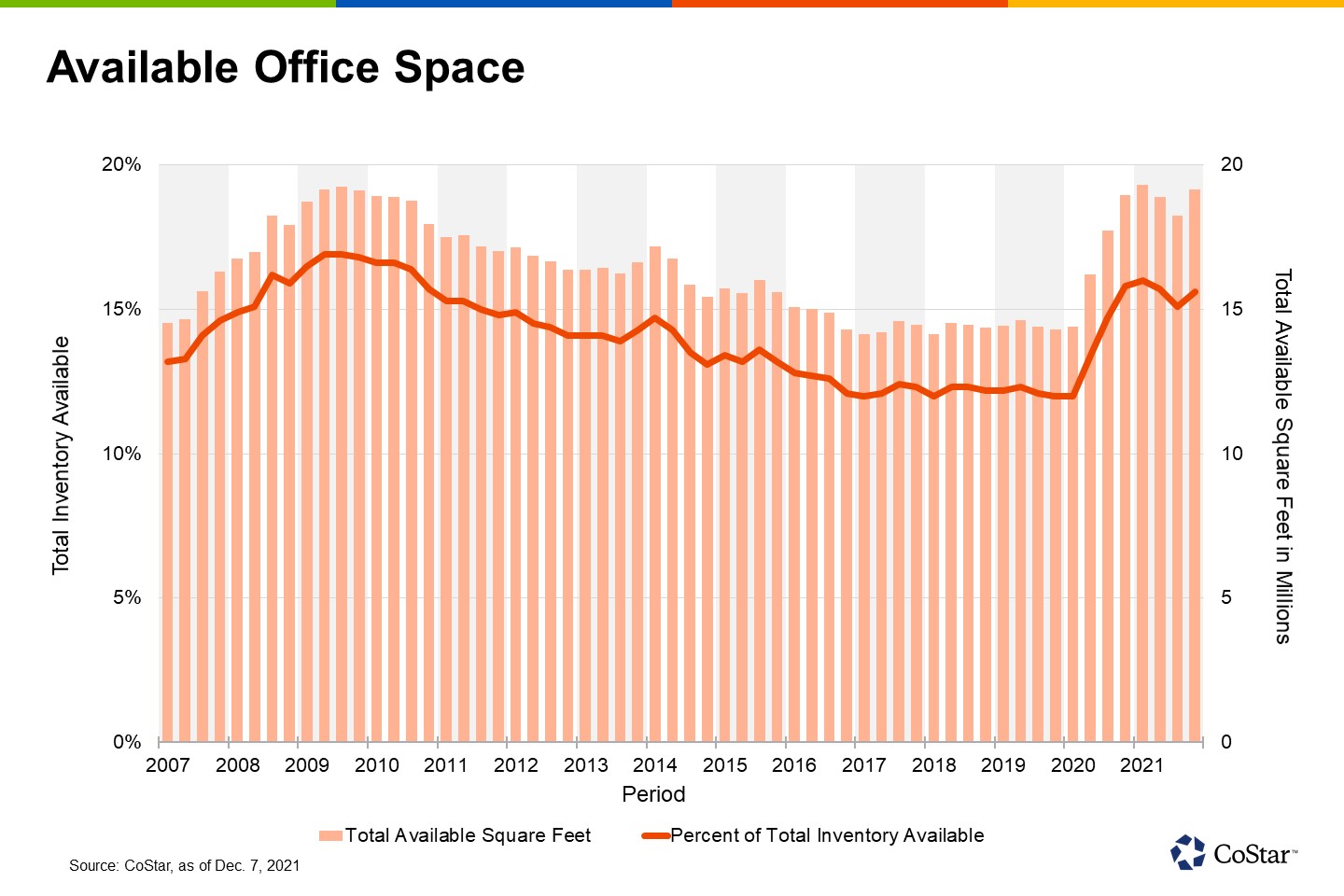 Several of San Diego’s office metrics have risen during the fourth quarter, which calls into question how linear of an office recovery we’re facing in San Diego.

The availability rate, which measures all space that is available as relet or sublet space within buildings that are existing, under renovation or under construction, has risen to 15.6% during the fourth quarter, a 50 basis point jump in less than three months.

Nearly 900,000 more square feet became available during the fourth quarter, with new speculative development responsible for more than half of that total. Both figures are trending near an all-time high, which will keep pressure on the region’s vacancy rate, at least in the near term.

The amount of available sublet space also increased, albeit modestly, during the fourth quarter. Although it’s still fallen off its peak from the end of last year, when more than 2.4 million square feet was listed, or 13% of the total office space available, it’s still higher than any pre-pandemic quarter since 2014.

Downtown, Del Mar Heights and Carmel Valley and Mission Valley have all seen sublet availabilities rise since the end of the third quarter of 2021, with downtown San Diego’s total of more than 355,000 square feet the most in the region. The Union-Tribune put up its last floor for sublease at 600 B St. in the fourth quarter, and its entire office space in the building, 60,000 square feet, is now available for sublease.

In Del Mar, FICO added 55,000 square feet to the sublet market at the end of 2021, bringing that area’s total amount available to 200,000 square feet. While that figure is not unduly high relative to pre-pandemic levels, it is trending at a five-year high.

But that’s not to say that the market doesn’t have some tailwinds. Life sciences firms are among the most active lessees in the region, and the expansion of those companies into the Del Mar Heights and Carmel Valley areas has continued in the fourth quarter.